Now that Nigeria’s tyrant, Mr. Buhari has made it abundantly clear that he favours the use of State sanctioned, well-armed thugs and militia men, perhaps some of his “repentant” ex Boko Haram members, who he granted amnesty and recruited into our security forces too, to quell what has been for over ten days, peaceful protests, who else is in doubt that the old man in Aso Rock does not mean well for Nigeria?

If there is anyone who still doubt that Buhari will sink Nigeria before he is done if he is not stopped, Benin, Lagos, Abuja and just this evening, Lekki toll gate with the Nigerian flag stained in the blood of defenseless protesters, is your answer!

I see comments, even from some adults who should know better, making mockery of the protesters, blaming us for what is clearly a government acting out a time tested script known with dictators worldwide, which is to infiltrate the ranks of protesters with hoodlums, cause mayhem, blame it on protesters and then hide under the pretext of maintaining law and order to crack down on them. There are even those who try to rationalize Buhari’s government which has proven beyond doubt that it is incapacitated, intellectually and morally bankrupt, clueless and totally devoid of all humanity!

When I see such comment, I shake my heads. Who in his right state of mind would endorse Nigeria as it is currently constituted or approve of Buhari who, in the last five years, has done nothing but set us on this dangerous path? Who?

Just yesterday Buhari received the arch bishop of the Anglican Communion from England, what was he doing here in the middle of a pandemic and a protest? Has he or his government spoken ever since about the protests?

Nnamdi kanu alleged that the British MI5 have been here since October 17 advising our military on how to quell the protests, has the government of either country come out to deny that allegation?

Let it be on record that some powerful interest groups in the West will rather have an Africa, a Nigeria that doesn’t work than one that does. And to achieve this, they either kill or demonized revolutionary leaders like Sankara, Kabila, Nkrunah, Gadafi, Mugabe just to mention a very few and install satanic puppets like Buhari, Idi Amin etc…

The level of poverty in sub-Saharan Africa in the face of massive human and natural resources is absolutely vital for the survival of the West and even now China? All the economic structures, all the global institutions, even the economics that are taught in schools in the west, are all designed to keep us where we are; in chaos and conflicts so that free access to resource can continue unhindered.

Whether it is Europe, US, and now China, it’s the same thing, Africa’s raw materials are to be exploited and obtained very cheap too. And we in turn are to import finished products like petroleum from our own raw materials like crude at very expensive rates.

That is why our manufacturing industries are dying, and the ones that are not now import and sell!

The real enemy of Africa, of Nigeria are those Western interests and their local collaborators. Collaborators who ruins our lives, brutalize us, engage in bad governance, treasury looting, election rigging and now shooting at innocent protesters!

The day Africa truly gets its independence is when we free ourselves from the clutches of these satanic leaders and thier foreign helpers, own our resources and can manufacture the things we need ourselves, and that day I bet you will find living standards in some Western countries dropping.

Do you think the West will allow this happen without a fight? This is why I believe the youths of Africa, of Nigeria are underestimating the gravity of the fight or the sort of enemy we are up against.

I keep asking myself, why is it that we produce no weapons yet all the wars we fight in Africa are fought with weapons manufactured in countries who themselves are at peace?

A picture has been circulating on the internet since yesterday of one of Buhari’s’ militia wielding an Israeli type weapon, how did he come by it?

We must open our eyes to these truths, we must not allow ourselves to fall for the western academics whose job it is to convince us to keep doing what we are doing and to show us that we are the problem rather than they and their collaborating local cabals who are cut across different tribes and religions. We are set on a path to freeing our nation from the hands of expired relics, we must not relent, we must MOVE!

Look at Congo. Since 1996, over 6 million Congolese have been killed so that the West can benefit from its resources. A country that is extremely rich in gold, diamond, cobalt, tin, uranium, coltan and many other precious minerals. The largest country in Africa, Congo has 64% of the world’s coltan deposit. I already pointed out that coltan is needed for modern electrics like iphone, ipad, computers, jet engines etc…

America’s aerospace and defense industries depends on Congo’s cobalt. To the point that the USA pitched and funded neighboring Uganda and Rwanda against Congo in other to carry our mayhem on the country. UN studies have shown that western multinational companies are the ones funding the wars in that nation, yet nothing has been done.

Instead, a foreign press who do not cover the killings there, when they choose to do so, focus on rebel groups committing crimes against the people, forgetting that it is the same West that fund, train and arm these rebel groups.

Before Congo, we have had our own Ogoni, Niger Delta, and all the other evils going on here. The killings, kidnapping, looting, terrorism and so on. Imagine a Nigeria, with our population and strategic importance, that works? Imagine the implication.

Yet look at our crop of leaders? No matter how long, one day these men and women will pay for thier crimes against Nigeria and her people!

The future of this country is in the hand of the youths! 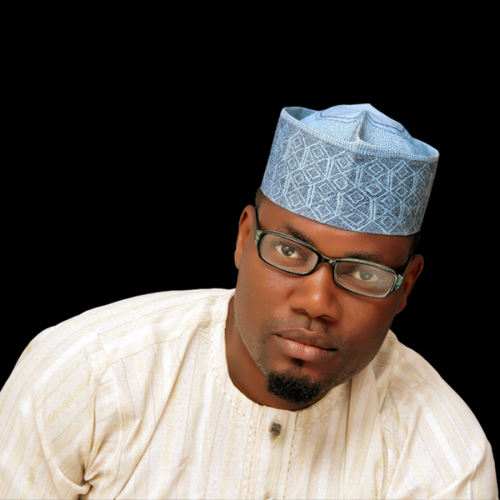 WE ARE ALL HUMAN!